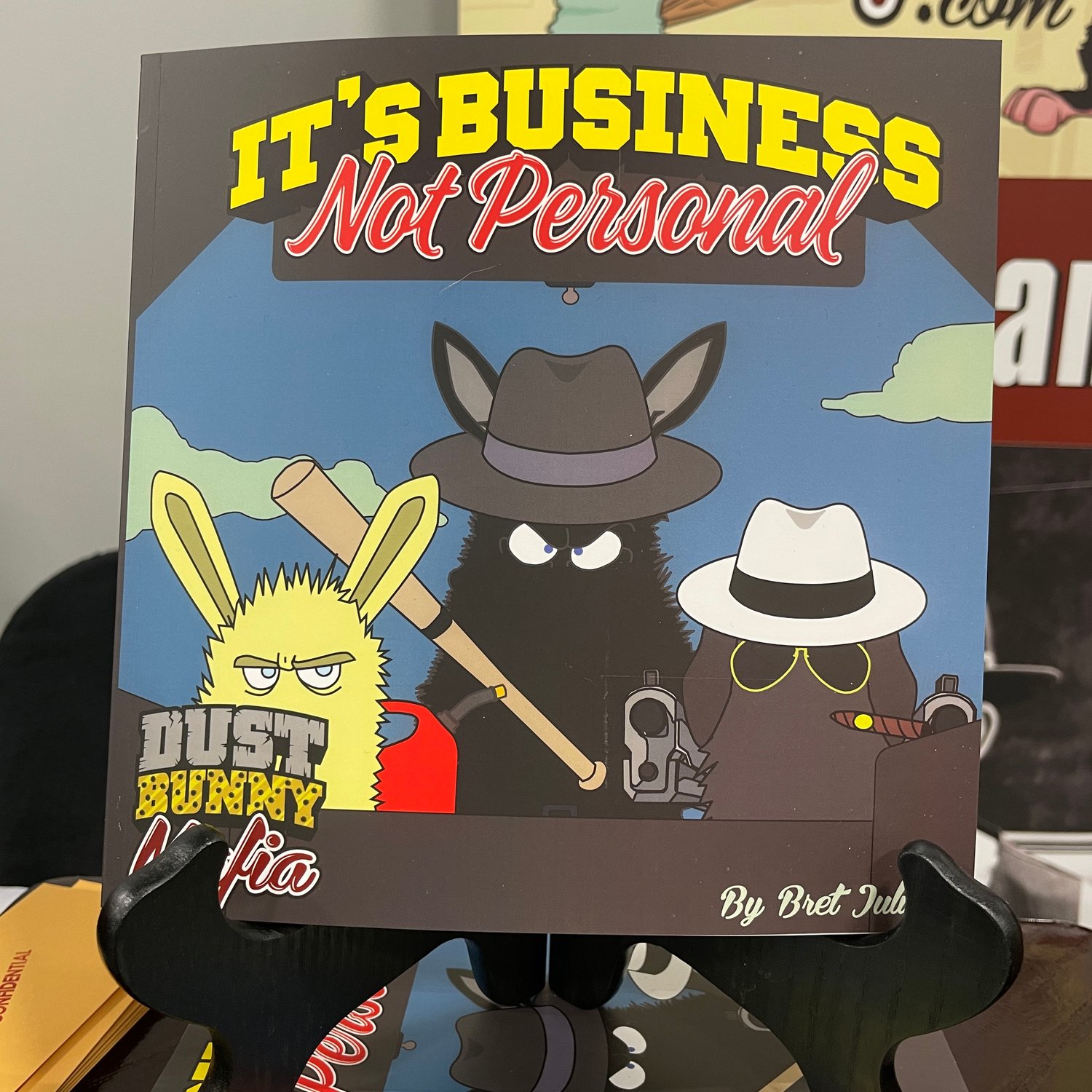 It's Business, Not Personal (A Dust Bunny Mafia Collection) (Volume 3)

As mobsters mysteriously end up dead, Detective Mickie Potatoes and his deputy Tommy Gunn dig into the secrets of the past to find answers to the problems of the present—and it all has to do with bugs! Well, a certain spider by the name of Simon the Huntsman, to be specific. In A Tangled Web, Simon the Huntsman crafts a revenge scheme that has been decades in the making. A spider is patient, especially after his family is murdered. Simon means to find out who killed his wife and children, and he has his sights set on one mob boss in particular. He’s out for blood. The peace that the mob families of Fairview once enjoyed is shattered. Friendships become liabilities. Old wounds fester, bringing with them cold carnage. But will the mob families be able to avoid getting tangled up in Simon the Huntsman’s intricately crafted web? Detective Mickie Potatoes wants nothing to do with it. Dust Bunny Mob boss Leo Veronisci wants peace, working his best to avoid an all-out mob war. Perhaps it’s already too late. The spider has already trapped the mob families in his tangled web, and… he’s moving in for the kill.